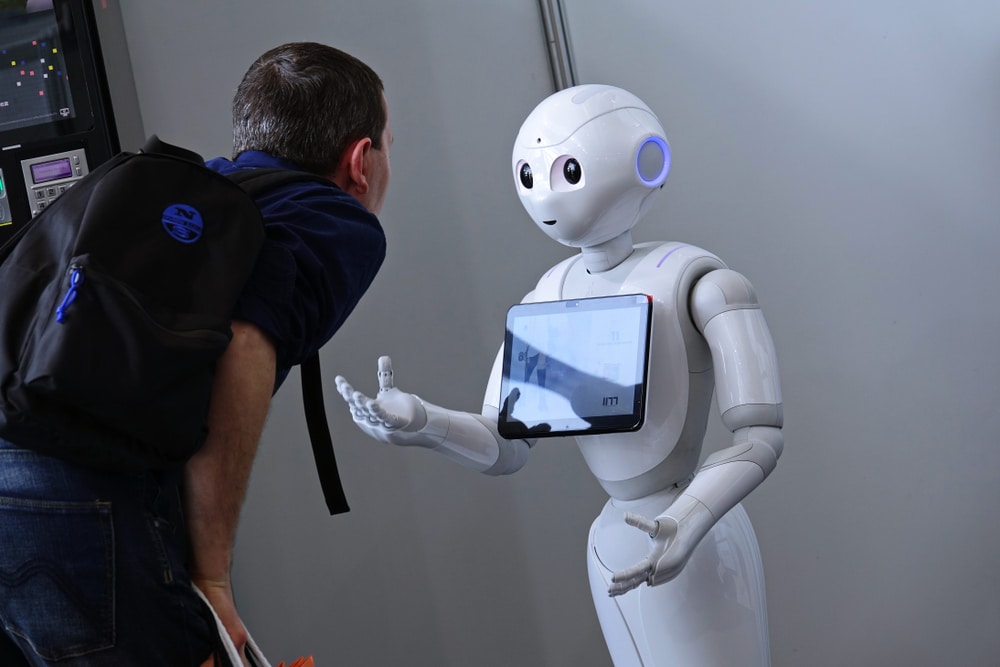 Many children grew up watching Transformers from the 1980s on wishing they could have one in real life. While Taiyo Robotics still isn’t “real” in the physical sense, it’s as close as you’re going to get. But how valuable an NFT will Taiyo’s robots ultimately prove to be is a bit difficult to determine.

While there is some functionality, most of Taiyo Robotics’ benefit comes from the community. With each holder being a partner in the NFT market place SolPort and their additional services such as a launchpad could bring some revenue for holders.

SolPort Tom’s team has their work cut out for them as Magic Eden just secured $27 Million from a series of top VCs.

However, Taiyo Robotics suffered some early losses when the initial managers oversold the roadmap they could actually deliver. But that opened a more tentative space for the redesigned team to add genuine value.

With the NFT market rebounding healthily, Taiyo Robotics takes a specific approach. The digital art market remains as mercurial as always. NFT games are also on the rise with the hit Axie Infinity. However, the biggest lines of NFTs like Bored Ape or CryptoPunks focus on fostering their community.

For those in the community, rarity and self-expression take the forefront. Unfortunately, most of the NFTs centered around communities procedurally generating the assets. This isn’t a bad thing, but it definitely limits the whole “self-expression” element of the community. This is where Taiyo Robotics comes into the picture with its own hybrid style.

While not the first or only, a big part of Taiyo Robotics’ personal connection comes down to the holder’s ability to customize their robot. This includes things like the name or description, or you can permanently upgrade the robot’s stats. Of course, the biggest selling point, in this regard, is the ability to change the robot’s appearance.

This means, not only do you get to personalize your NFT’s appearance, the difference carries on should you sell the NFT later. This is great for people looking for a community because it allows you the possibility of a permanent impact. Coming down the pipeline, Taiyo Robotics even has plans on investing in the community beyond.

Taiyo Robotics isn’t really a “unique” asset as much as it mashes a bunch of successful mechanics together. That said, there are still plenty of questions left unanswered that leave this asset in a hazy place. For starters, the background of the project isn’t given and was never given– already a shady sign.

Looking back over Twitter, there’s a lot of chatter about rugs being pulled. However, those chickens quickly came home to roost as the initial managers left the project. Instead, the project was sold to Solport who now manages it. This is good and bad, but shouldn’t be ultimately disqualifying.

As it turns out, this means those early adopters still got hosed, but it may end up alright in the end anyway. That said, Solport certainly hasn’t invested any more in the outward-facing portion of the project. Instead, most of the information is shared on their Discord server which does, at least, help build community.

The backing and development from Solport have done Taiyo Robotics plenty of good. As little as the first week of the year, the NFTs had a trading floor under 10 SOL. Today the floor sits over 175 SOL, though that seems to be more of a boost from management change. One good thing is that the mint went off without a hitch.

That’s not a guarantee for an NFT that minted in December during the dip. However, it appears that much of Solport’s guidance leads you to Solport products. Specifically, the majority of value-add markers focus on referral bonuses. This makes Taiyo Robotics less investor-friendly… unless you plan on becoming an influencer. 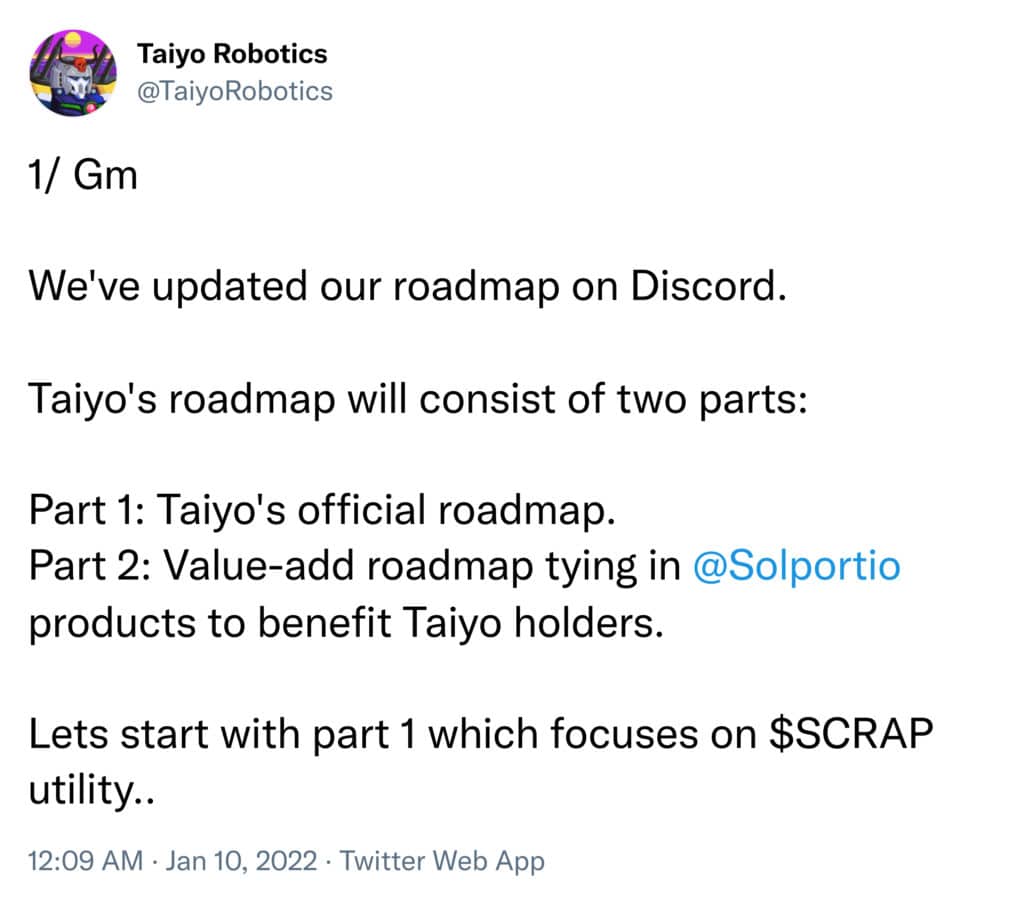 It’s also worth noting that there are only 2,121 minted NFTs. There will be more with the introduction of second-generation NFTs. These assets will technically be part of their own sub-community under the Taiyo Robotics umbrella. This can work out well for those interested in a usable token.

Keep in mind, the total volume only sits just under 76K SOL. And most of the assets haven’t hit the market since their minting. This suggests that many holders are speculators which works against the “involved” style of Taiyo Robotics NFTs. Thankfully, you don’t have to be that involved to benefit from the token drops.

Taiyo Robotics is a tricky one given its rough start. However, it seems to be in capable hands with Solport direction. Unfortunately, that’s led to the project being used to funnel people to Solport. That said, there still seems to be big plans for Taiyo Robotics, so long-term holders should still see the potential.

This would be a perfect wait-and-see option if it wasn’t already climbing so quickly. Your best bet is to join the Discord server and see what you think about the community. If the people involved seem like the type you like, then it’s probably an investment worth looking at. If you’re just looking to speculate, there’s an awful lot of baggage.