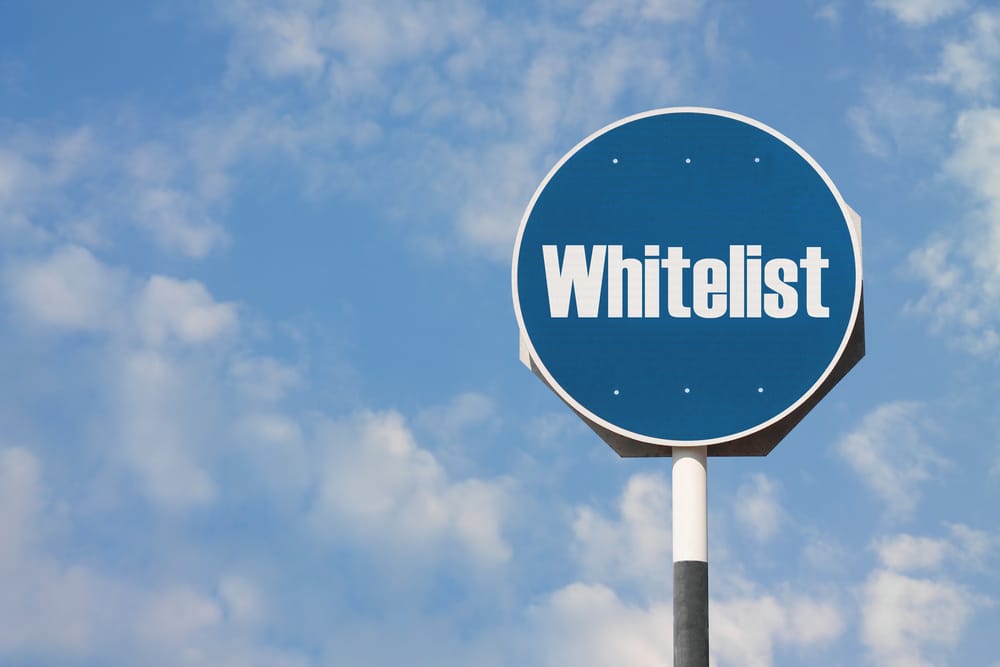 Flipping NFTs can be a quick way to make a lot of coin. But whoever told you it was easy was likely trying to sell you on a project. That said, there are still some reliable ways to flip NFTs quickly– though they aren’t always the “easiest.” Depending on what you’re looking for, getting on a whitelist might be the best way.

However, with Layer and Proof changes shifting how we trade crypto assets, the landscape is shaky ground at best. There are some ways around the grind, but they’re likely not going to last forever. Regardless, understanding how whitelists work is still essential for maximizing your trades.

Just as it says, a presale is where a project will put its tokens or NFTs up for sale privately before offering them to the public. Sometimes a presale will even offer minting options. Either way, you get a chance to strike before the iron is hot. Depending on how you play your cards, this is usually the start of a successful recipe.

That said, there can be multiple rounds of presales. Obviously, the earliest round of the presale is the best as that provides the most potential profit. However, ensuring that you’re part of the first round is easier said than done. This rarefied air is often called a Whitelist, denoting that the individual is afforded a privilege.

This is often where the most money can be made from a given asset. Having the asset first puts you in a position of opportunity. If you choose your timing right, you can net a pretty hefty profit. Whitelisters almost always not only get the pre-sale discount but a special discount beyond that.

However, it should be noted that this additional discount is meant to help offset the minting fees.

When an asset first mints, all of the transactions often drive the minting fees sky high. Of course, for an already expensive asset, this isn’t much of an issue. You’ll more than likely still be able to turn a tidy profit.

That said, getting on a whitelist can often be easier said than done. Where once it was relatively easy, competition makes it harder and harder to secure “a spot.” However, there’s one place where you can have a little more sway than just “knowing a guy.” Discord offers free VoIP and is the app most projects use to both build community and give out whitelist spots.

This is a fairly common method for projects distributing whitelist spots. However, that specific method of selection can still differ a bit. More often than not, Social Media spots are limited to speed, reach, or randomness. If this happens on Telegram or the like, it’s not a problem. However, something like this on Twitter can be a nightmare.

Either way, you often only have a marginal amount of control. Sending speed and randomness are often completely out of your control. In this instance, the surest way to secure a spot is to cultivate a decent-sized following. This makes it much easier to get one of the reach-based spots.

If you’re looking to get on a whitelist, this is more and more often the primary way to do it. This is a bit of a double-edged sword for investors. On the one hand, it generally requires you to be fairly involved with the project in some way. This can be as little as being engaged with other members of the community. But it can be as involved in taking an active role in promotion.

This leads to the other hand which makes it difficult to do so expediently. However, the time and effort put into getting on the whitelist often foster relationships. While this is less than ideal for flippers, it’s generally good for the asset. At the moment, the community tends to drive the value of assets.

As such, speculators often better be willing to roll their sleeves up and get their hands dirty. That said, plenty of flippers are more than willing to do just that. Yet, there really isn’t a single pre-requisite that projects are using. Instead, each project often seems to find its unique way of whitelisting.

Keep in mind, it helps to be very familiar with Discord, its servers, and the third-party bots. Sure, some of the earlier models were simply “show up” affairs, but those days are long gone. Now, you often have to do something designed to foster community engagement. As frustrating as this might be to a flipper, it does help build lasting value.

There are more and more ways projects divvy up whitelist spots. Knowing some of the common ones can give you an idea of what you’re getting into. It can also help you decide ahead of time which projects you’re willing to invest the time and energy into. That said, the sheer number of options means there’s something for everyone, but you probably don’t want to try all of them.

These were some of the first requirements but are almost unheard of these days. Before the NFT market blew up, many projects were just happy to get people to “walk in through the door” so to speak. They work by offering a whitelist spot by meeting a certain amount of attendance requirements.

This can be anything from engaging with the server once a day so many days in a row to showing up at specific times. Ultimately, these are some of the easiest types of whitelists to get on. However, most projects using this method today have difficulty drumming up interest for the project at all.

This next, both in terms of personal investment and chronology, is the engagement requirement. While not quite as easy as attendance, this is still one of the easier methods to snag a whitelist spot. Basically, all you have to do is post or chat on the server enough to reach some predetermined threshold.

This method is one where you should be familiar with Discord bots. The bot will keep track of your engagement with the server and dole out “levels” as you reach milestones. It’s worth noting the whitelist milestone is usually a hefty investment. The good news is that it’s not difficult, but it might be tedious depending on the server.

You can quibble about where this one actually fits in chronologically. That said, promotional whitelist spots are pseudo-meritocratic. Basically, this method requires participants to recruit other participants. Once you’ve recruited a predetermined number of participants, you obtain a whitelist spot.

If this sounds a bit fishy, then you’re on the right track. This is essentially the same model used for pyramid schemes except you’re investing time and energy instead of money. This method also already favors people with a large following. As such, it’s probably better reserved for, at least, semi-influential people.

This one might seem like the best, but looks can be deceiving. There’s nothing inherently wrong with the game method. On the surface, it’s designed to be a fun way to get the community organically interacting with each other. However, competition can often breed ugly results.

On top of that, there’s no guarantee that you’ll actually be good at the game. This is another situation where familiarity with Discord bots can come in handy. Of course, screen share increases the number of options even more. As such, it’s a good idea to do your homework and make sure it’s not a waste of time.

Now, despite those caveats, games can still be a solid way to gain a spot. If you happen to be good at a specific game, it might be trivially easy for you to get a spot. Also, many of the game bots have subtle exploits and aren’t “truly random.” But make sure you have a leg up if you choose this route.

Both good and bad, games are becoming more and more popular. To be fair, someone looking for a single asset to stick with should definitely favor the game method. Not only will it allow for natural community development, but it will quickly weed out the toxic communities too. Just don’t fall in love with the asset before you see how the members interact with each other under pressure.

This is simultaneously, paradoxically, the easiest and most difficult type of whitelist spot to score. Generally, you only need to join and casually engage with the server to win one of these spots. Some servers might have higher requirements, but some don’t even have an engagement minimum at all.

However, this leads us to the rub which is you often have no way of improving your lot either. You meet a minimum standard and have a truly equal chance as everyone else on the server. If the investment is negligible or the server count low enough, it never hurts to try. But, this likely shouldn’t be how you try to get on most of your whitelists.

Regardless of the whitelist method, there are plenty of ways to snipe in the middle of the public sale. This is the best way of avoiding the grind and still snagging some of the presale profit inflation. However, recent chain developments do somewhat limit this tactic a bit depending on the proof of the code.

Proof of Work protocols are costly and time-consuming. If you strike at the right time, you can nab a depreciating asset during the pre-sale. The initial holder will feel pressured to sell early as the minting frenzy drives up the fees. Once their perceived profit margin shrinks too small, you can buy the asset at a cheaper price.

Then, once the minting frenzy settles, the price of the fees will drop precipitously. This often provides ample margins to net a more consistent profit without having to grind. That said, anyone keeping up with the chain trends can see the writing on the wall. Even for Ethereum-based NFTs, time is running out.

Of course, the rise of Solana ($83.50) throws a wrench in that exploit. See, the whole point of laying in wait and being a bit patient is to come out ahead in the gas fees. By planning and waiting, the fees eventually drop to a sweet spot. This allows you to still make a good profit without seriously staking.

However, with Solana and other Proof of Stake protocols’ cut-rate fees, the loophole closes. Now the difference in fees is so trivial and negligible that it’s not worth it trying to shave off points of points. As such, you’re going to have to go back to the grind, but now you understand how to make a personally fruitful choice.

For the time being, sitting in the middle is an effective exploit for avoiding the grind with Proof of Work chains. However, the rise of Proof of Stake chains spells the end for that approach. Instead, you’re going to have to grind it out like everyone else (until a new exploit is found in PoS transactions that you can take advantage of).

That said, there’re plenty of methods used for distributing whitelist spots. Regardless of the route you choose, expect to participate. This means that short-term flippers will slowly lose more and more of the NFT market to use. However, for someone willing to put in the work, those massive early profits are still there to be had.