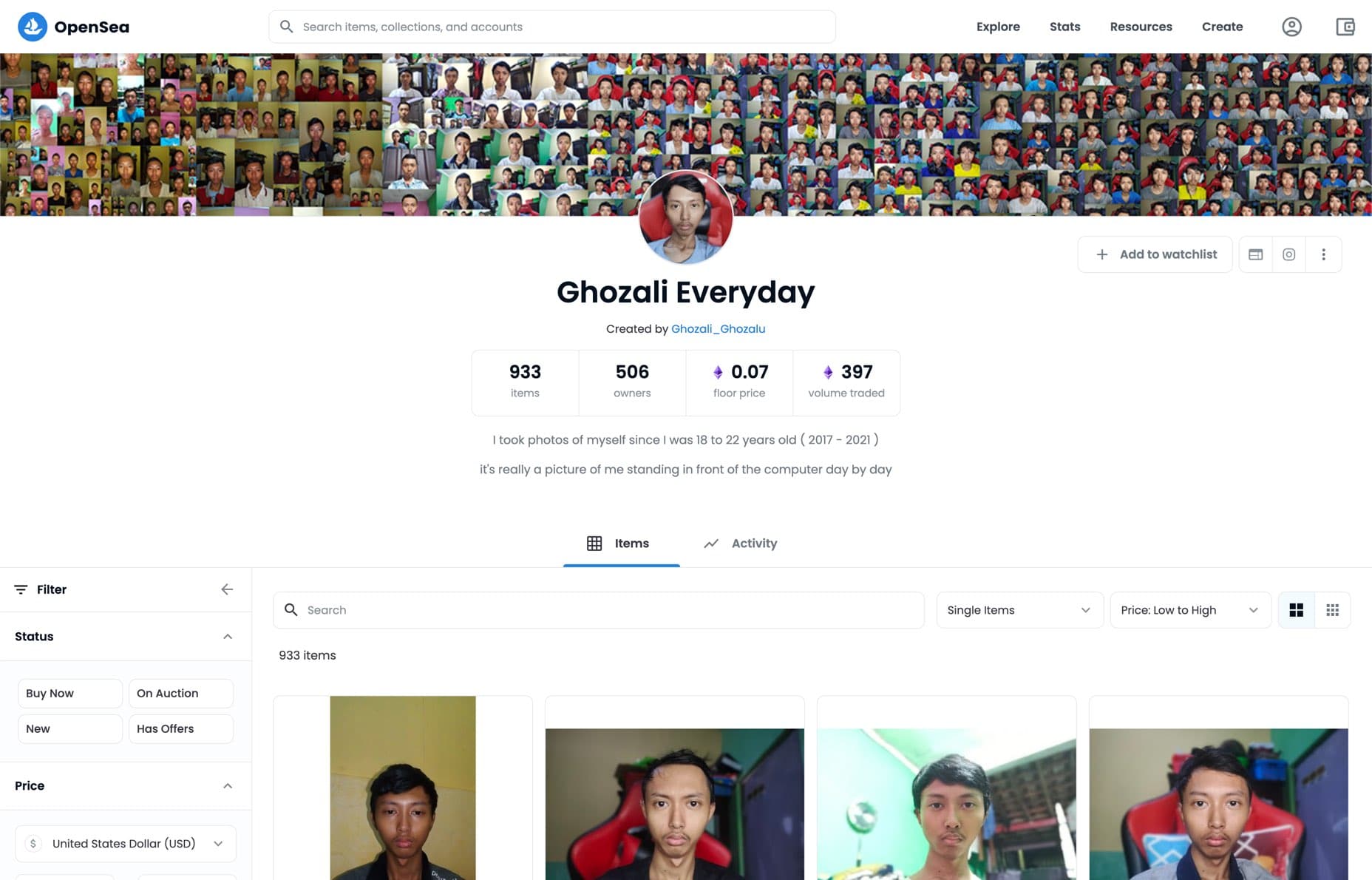 22-year-old Ghozali Ghozalu was just a common college student in Indonesia until his NFT selfie collection became a meme. It then made him an overnight celebrity and millionaire.

Titled “Ghozali Everyday,” the NFT, or non-fungible token, collection consists of 933 selfies taken every day of Ghozalu’s life from 2017 to 2021. It’s now worth millions in ETH.

It wasn’t performance art or a political statement. It was just a collection of ordinary selfies, destined to end up in a Youtube graduation video. In his own words, “It’s really a picture of me standing in front of the computer day by day.”

Still, the collection paid off because Ghozalu took a chance and turned his photos into NFTs on OpenSea.

The Power of NFT Meme Culture

While Ghozalu’s story may seem to lack rhyme or reason, the cult around his selfies makes sense in the context of meme culture.

With his NFT collection, Ghozalu inadvertently set up a perfect viral storm. Owning one of his selfies gave people a fun bandwagon to join as a buyer. Then, as word spread, a few NFT whales boosted the collection.

And in fact, Ghozalu’s surprise at the interest adds to the comedic and intriguing qualities behind the NFT’s value.

While there’s no exact recipe behind it, in some ways, the NFT space is the perfect host for this kind of exciting craze.

Currently, NFT interest is up in 2022. This may be due to the draw of stories like Ghozali Ghozalu’s, where an ordinary person’s life can be transformed by the power of an NFT sale.