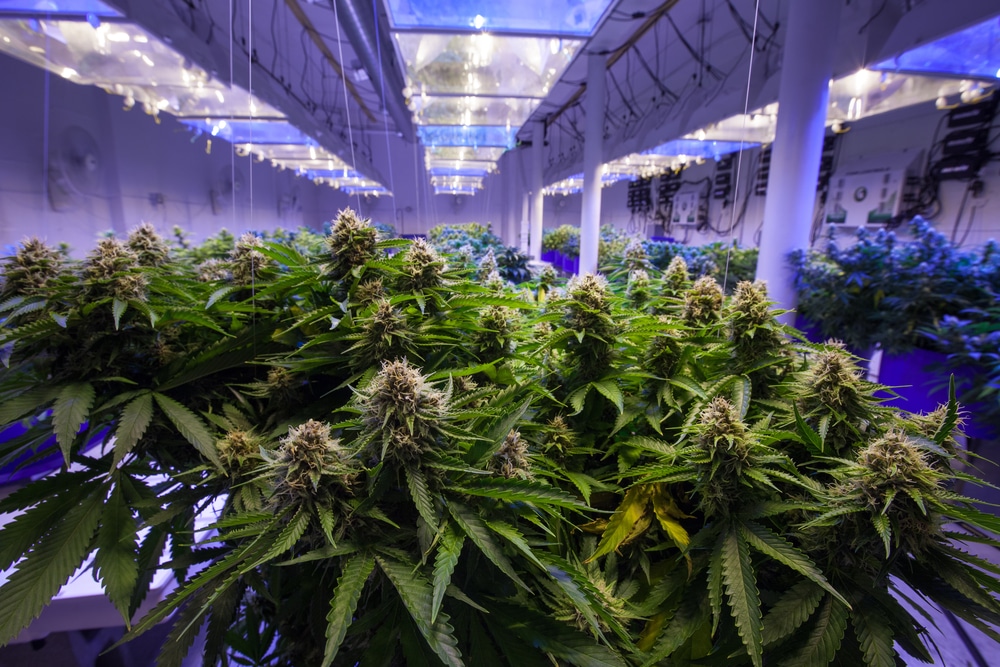 As much as NFT collectors love unique artwork, nothing is more exciting than a unique NFT with token staking features.

Recently, there have been a lot of exciting NFT projects released on the Solana blockchain, and Stoned Ape Crew is definitely interesting.

Unique artwork, token staking, NFT evolution, and fractional ownership are just a few things that make this project stand out. 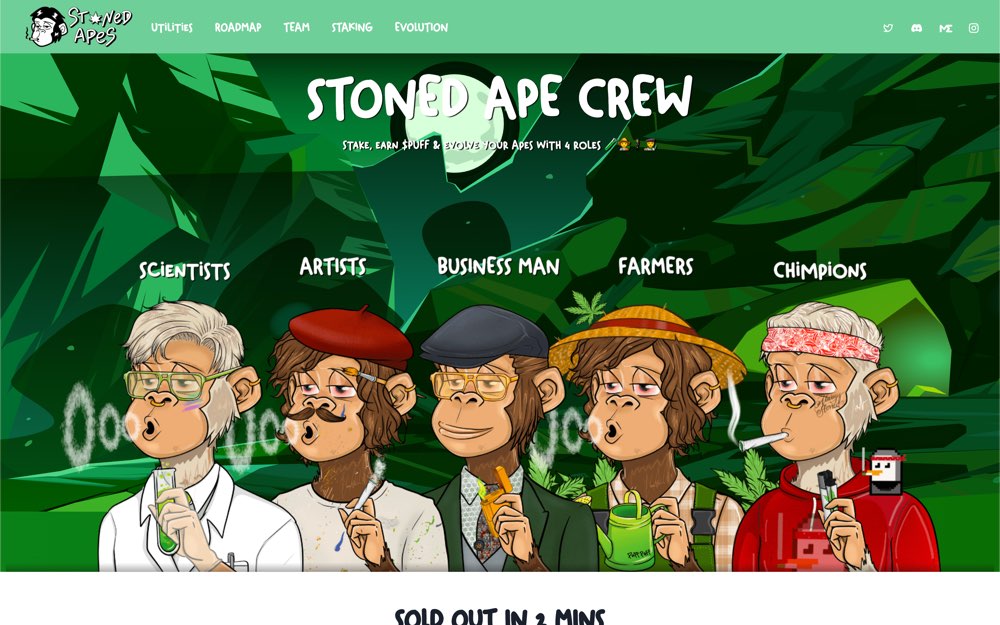 What are Stoned Apes?

The ape’s designs come from @stoner0015, a talented artist with a growing following on Twitter.

Each ape belongs to one of five categories:

Chimpions seem to be the standard Stoned Apes that haven’t received an official role.

Your ape will receive a role by trading your Chimpion and some PUFF DAO tokens.

Token stakingOne of the most exciting features of the Stoned Ape Crew NFTs is that you receive $PUFF tokens for staking your NFT.

$PUFF tokens are currently worth roughly $0.17.

If you stake a Stoned Ape NFT with a role, you’ll receive 30 PUFF tokens daily.

Another unique Stoned Ape feature is the “retreat” feature that allows you to trade your Chimpoin NFT and either 333 or 666 PUFF tokens.

Your ape will receive new traits or a role by trading your NFT and the required PUFF tokens. 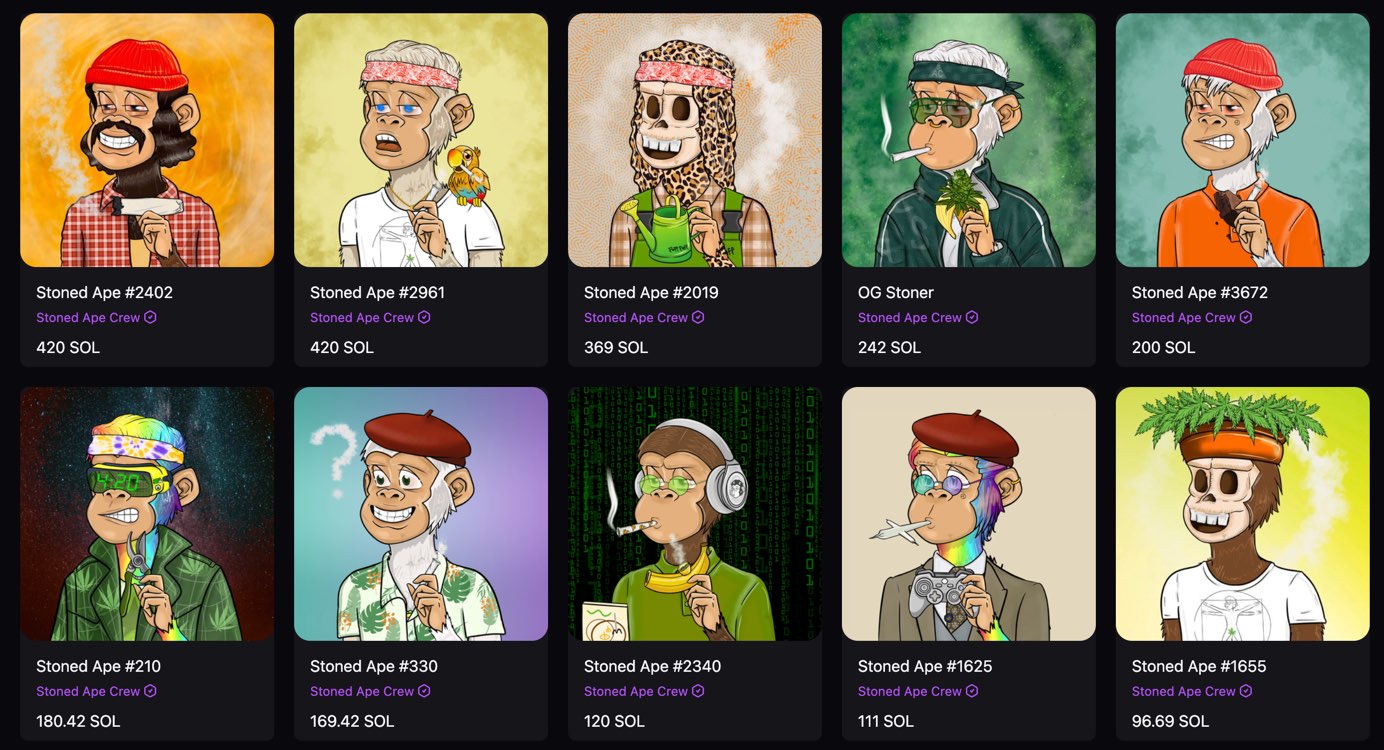 A portion of the royalties from Stoned Ape Crew NFT sales will be used to buy back NFTs and fractionalize ownership of the NFTs between PUFF holders.

Although details are still sparse, the project team promises there will be a “Most Stoned Launch Party” in Amsterdam with weed and waffles.

At some point in the future, Stone Ape holders will work together to create their own strain of marijuana.

The Stoned Apes team has a line of Stoned Apes apparel planned for release sometime soon.