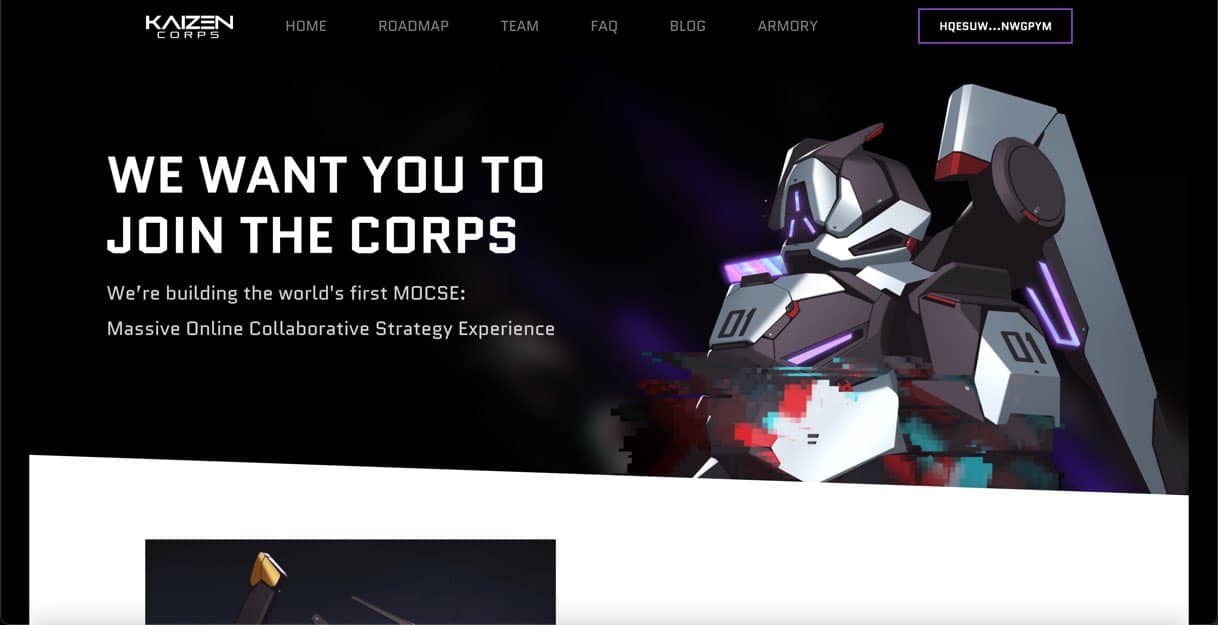 Axie Infinity is a great example of a game that perfectly integrates its NFT.

Though it’s a different type of game, Kaizen Corp’s Domination also seeks to increase its value through excellent integration.

But can Kaizen Corp overcome some early missteps to climb neck and neck with the top performers?

Kaizen Corp NFTs still have to clear the initial hurdle that tripped up their mint.

Hoo boy, this NFT was pretty ugly when it first opened.

Playing in the crypto markets is always risky, but most people don’t think of those risks from the other side of the screen.

Basically, Kaizen Corp listed the NFTs before they were minted.

Unfortunately for everyone involved, the backing coin’s price changed radically before mint.

On top of that, scammers suckered some early adopters during the pre-sale.

This led to charges of cash-grabbing and hasty market development.

That said, Kaizen Crop responded quickly and mostly kept its tone under control.

On top of that, the company immediately slowed the mint upon reports of the scams.

It could be argued Kaizen Corp should’ve had the market open before opening.

However, the DAO was up and running within two weeks and took a holder vote.

The results? Everyone who pre-purchased Kaizen Corp NFTs before minting at the higher price received a refund of 0.33 SOL.

At the moment, it appears that Kaizen Corp’s response is paying dividends.

The fact that both the floor and average doubled in just one week is promising.

Of course, there’s always the chance that this quick inflation cools off.

However, if Kaizen Corp can get their game Domination functioning as advertised, this might still be a low mark.

With plenty of customization and investor-friendly rules, the game may be what keeps these NFTs at a reasonable value in the long run.

It’s still pretty early after their flub to know whether Kaizen Corp can become a big player as a massive online multiplayer game.

Their current growth is a good sign, but it’s not enough to inspire true confidence.

That said, the price is still right, so it’s not a bad idea to nab something of value and sit on it for a few months.

Just make sure to keep up with the team on social media and participate in the DAO.