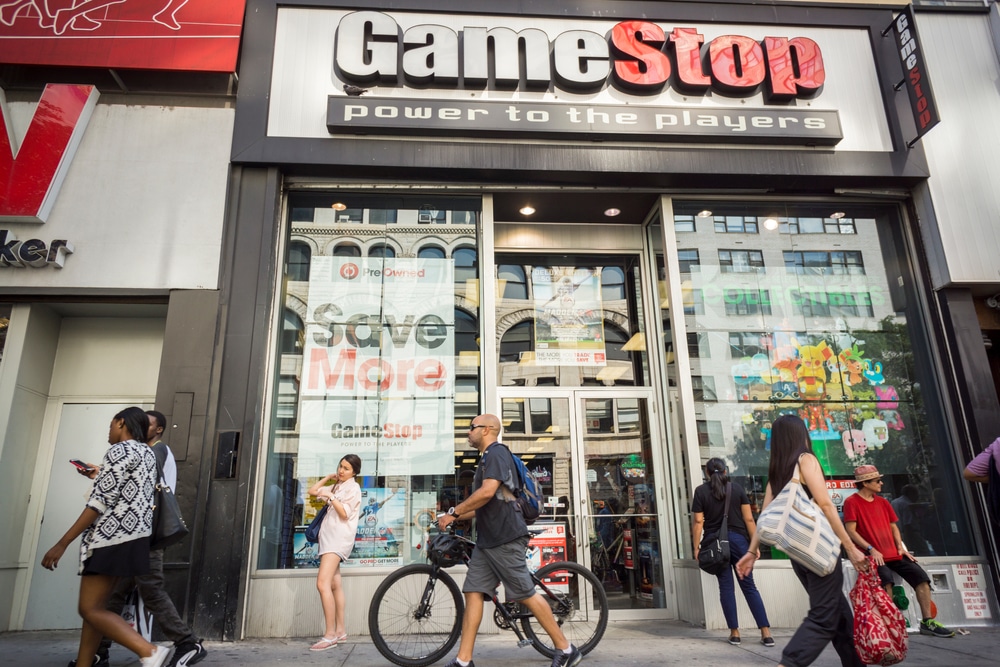 Primarily known for its video games, gaming merchandise, and electronics, GameStop has taken a leap into a brand new arena: the non-fungible-token (NFT) marketplace.

This should come as no surprise as many brick-and-mortar establishments have been transitioning into the eCommerce space, a trend that’s been expedited by the COVID-19 pandemic. GameStop is no exception, and it shows no signs of slowing down.

Another similar trend has been the transition from banks and brokerages for traditional financial services to smart contracts on blockchain, the most well-known being Ethereum.

One Ethereum-powered platform is Centrifuge, which recently announced that its Real-World Assets (RWA) Market on the Aave platform had launched.

“Calling for All Creators”

GameStop, which hopes to one day dominate the NFT space, is currently on the lookout for NFT creators, saying on its NFT website that it’s “calling for all creators.”

Those who are interested in becoming creators are asked to complete an online form. Applicants answer questions like whether they’ve created an NFT before, and they’re asked to showcase something they’ve created, like a game, website, or meme.

Due to the nature of the questions, it appears that GameStop will be selective with its creators, unlike platforms like OpenSea and Rarible, which allow anyone to join.

The platform’s development has been underway for several months now (job openings first appeared in April 2021). Its official launch date is still unknown, but GameStop says that creator applications will be accepted on a rolling basis.

Not much else is known about the new NFT platform. However, Gamestop has recently been referenced in Loopring’s GitHub code, which might indicate GameStop’s future use of the second-layer network. But, so far, neither entity has confirmed this.

According to PYMNTS, GameStop was experiencing a rough patch as of the first week of December. Its third-quarter results were less than stellar, with its shares falling 4%.

GameStop’s increase in sales has been largely driven by its partnerships with companies, such as Samsung, Razer, LG, and Vizio.

A recent announcement on Twitter stated that GameStop and AMC were having talks about partnering up for GameStop’s NFT marketplace. But since the original tweet announcing this potential partnership has been deleted, there’s presently no verifiable source on this news. Furthermore, neither entity has provided an update about this.

However, if a GameStop-AMC partnership does come to fruition, there will be a host of benefits for both parties, especially GameStop.

AMC has seen decent success in the NFT space so far. Its Spider-Man: No Way Home NFT was recently resold for $16,900, and the company ran “I Own AMC” NFT giveaways for stockholders registering with AMC Investor Connect.

Right now, OpenSea and Rarible run the NFT marketplace, but if GameStop’s NFT platform launch is a success and if its partnership with AMC is fulfilled, we might be seeing a new leader dominating the world of NFTs in the near future.